Keytours Vacations founder Koray Edemen is a long-time travel industry veteran. A native of Ankara, Turkey, Mr. Edemen got his start in travel working as a travel director and licensed guide in Istanbul and Cappadocia while studying for his B.S. in Mathematics and Computer Science. At the age of 22, he established his first company, serving American military personnel and diplomats’ travel needs in Turkey and neighboring countries. In 1993, Mr. Edemen moved to the United States where he co-founded Keytours Vacations, which quickly became the premier tour operator to Europe and the Mediterranean.

In the past 26 years, Mr. Edemen has expanded his work in a variety of travel-related investments, including transportation companies, hotel investment, and management, as well as numerous online travel companies. Despite these many projects, maintains a hands-on approach to his business: he was central to the oversight and implementation of his company’s software development and personally wrote the initial codes.

Osman’s desire has always been discovering new destinations. After graduation, he moved to Istanbul to start his career in tourism. He worked as a consultant at various hotels, and switched to tour operation in 2002. In 2016, he joined Keytours Vacations and started work as a travel consultant. 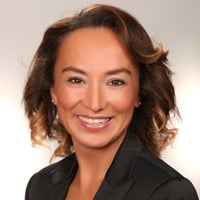 Tuba has over 10 years of experience in the travel industry, a passion for travel, and a commitment to customer satisfaction. Tuba lived in London for 13 years, during which time she achieved her Master's Degree in International Business and traveled Europe and Asia extensively. Tuba guarantees that you will experience not just a holiday, but the journey of your life. 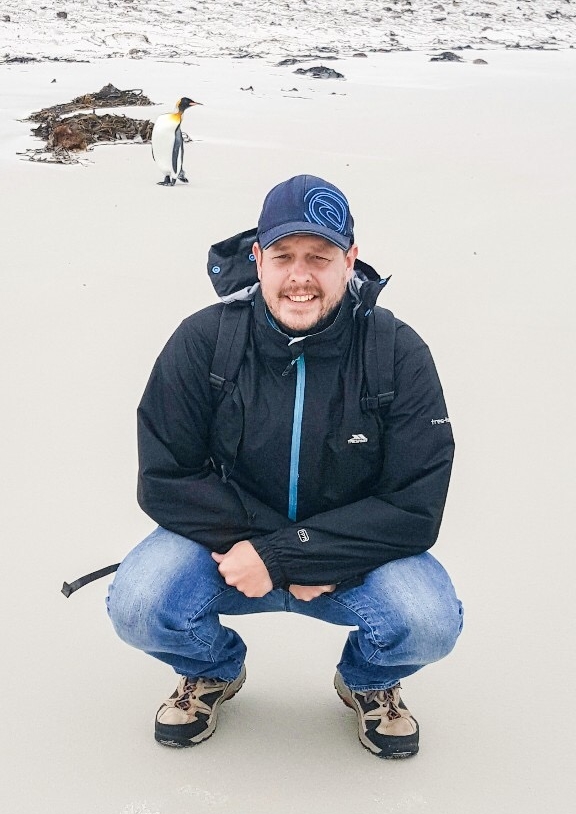 Blair joined Keytours in November of 2021 as Product Manager for Europe & The Americas. His career in the travel industry started in 1997, where he previously worked for five tour wholesalers; three based in Vancouver, Canada, one based in Sydney, Australia, and one based in Auckland, New Zealand. During his time in the wholesale travel industry, he has worked in FIT sales and operations, group sales and operations, and since 2002 he has worked in product management. Blair has had the opportunity to explore 37 countries across six continents so far with dreams of discovering and exploring many more exciting destinations including embarking on an expedition cruise to Antarctica, his seventh and final continent! 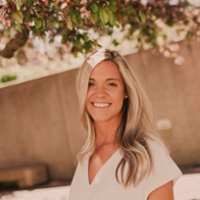 Rachel studied Hospitality and Tourism Management at the University of Nebraska - Lincoln. Then she started her career in the corporate event and travel industry in 2019 before joining Keytours as a Travel consultant. She has a good amount of experience traveling Europe and living in the Caribbean. She loves discovering hidden gems and experiencing different cultures. She enjoys working with people and helping them create lasting memories through traveling.

Monica has 17+ years of experience, has visited 5 continents and countless countries. She is elated to be sharing her passion for travel and experiences through Keytours Vacations which offers some of the most exquisite and personalized bucket list experiences that one can dream up. 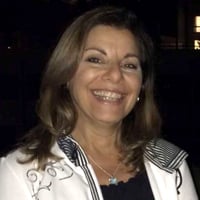 Vicki started her travel career at Delta airlines, where she was in reservations, sales, and at the city ticket offices for 17 years. In 2006, she was lucky enough to find her second significant travel career with Keytours Vacations.

Sandra joined Keytours Vacations in 2021. She has over 15 years of experience in the travel industry and a MS in Economics. She is passionate about traveling and inspiring others to travel. 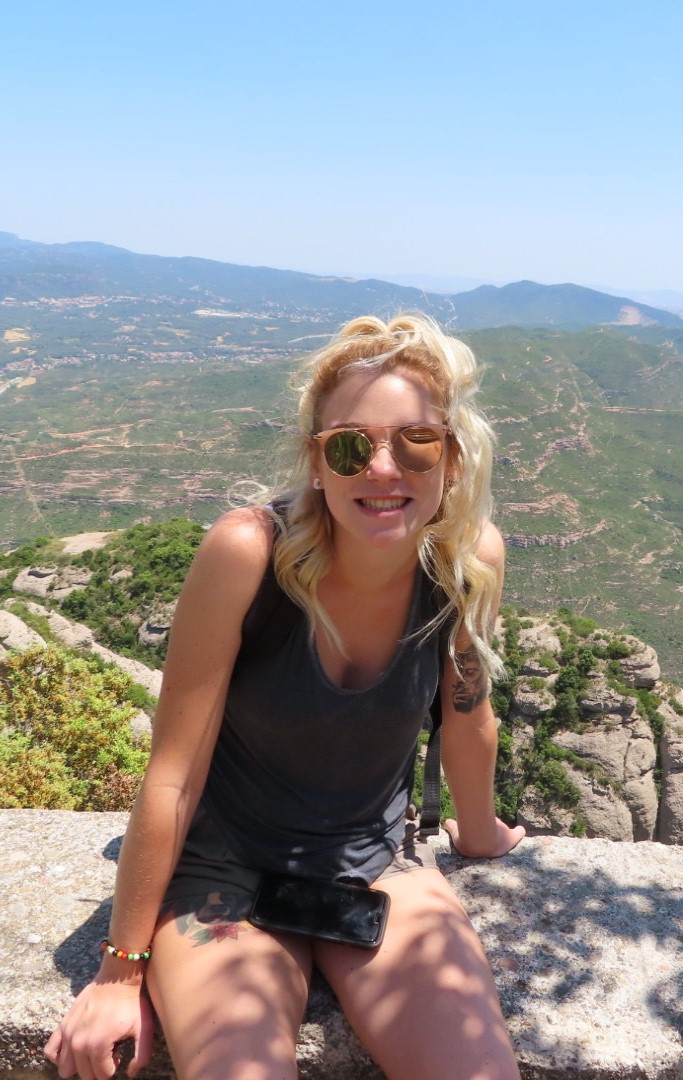 Brooke studied International Relations at West Virginia University. While in college, she interned as a tour guide in Barcelona for 4 months. After falling in love with Spain, she relocated to Madrid after graduation. From there, Brooke has traveled throughout Europe, the United States, and the Caribbean. Brooke thoroughly enjoys discovering new cultures, considers herself a foodie, and loves assisting her clients plan their vacations. 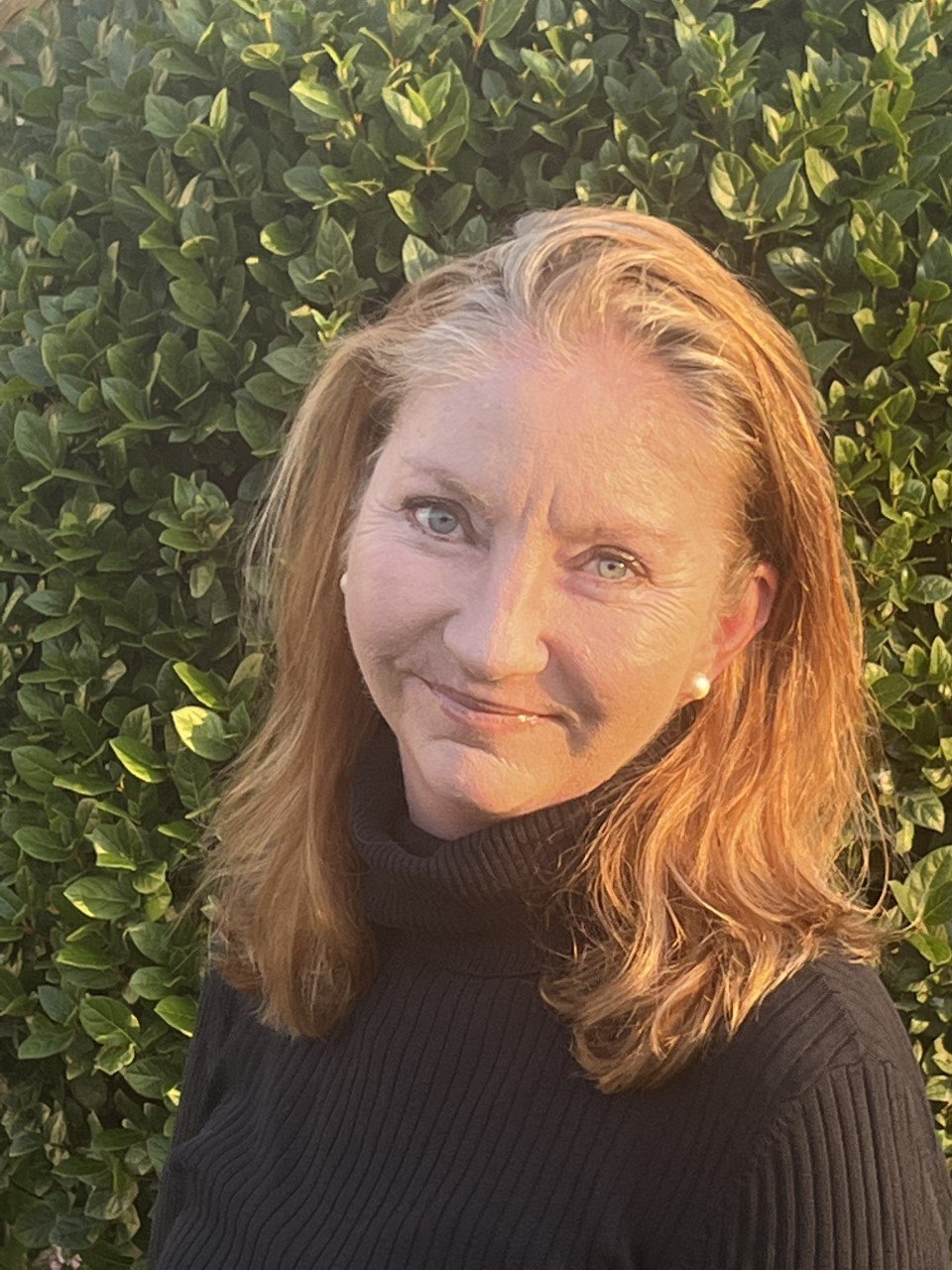 Nicky has 25 years of experience in the travel industry. She grew up in Africa, extensively traveled throughout Asia and is excited to join Keytours Vacations as the product manager for Africa and Asia. 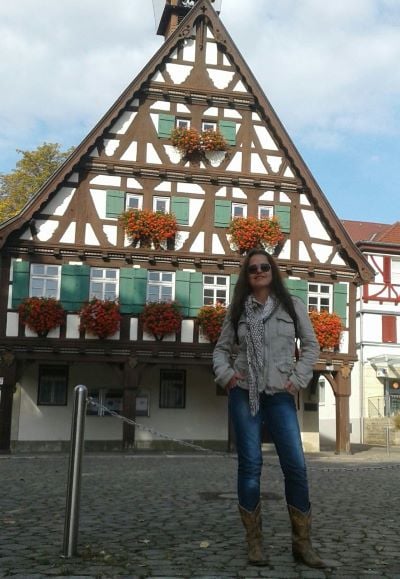 Aysin has spent 20 years in travel industry and her travels have ranged from Italy’s gastronomical adventures to Benin’s Voodoo Festivals to build well-crafted itineraries for enthusiastic travelers. After spending considerable time traveling extensively in different geographies of the world, she joined Keytours Vacations in 2018. She studied both Tourism Management and English Literature &humanities. 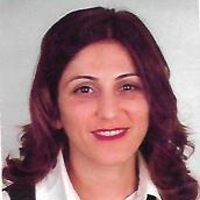 Esin has been in the travel business since 1999. She has worked with various travel companies and started her travel career with Key Tours in 2008. Esin loves helping her customers create their ideal vacations! 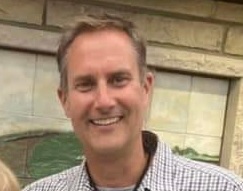 Brent has over 20 years’ experience working in the travel industry with roles from Tour Leader, Operations Manager for a leading International Adventure Travel company, Product and Operations lead for a youth group travel leader. He has also recently returned to the US after spending the past 20 years in Latin America, operating a Destination Management Company he founded, based out of Peru. He has a passion for experiencing new places and cultures. 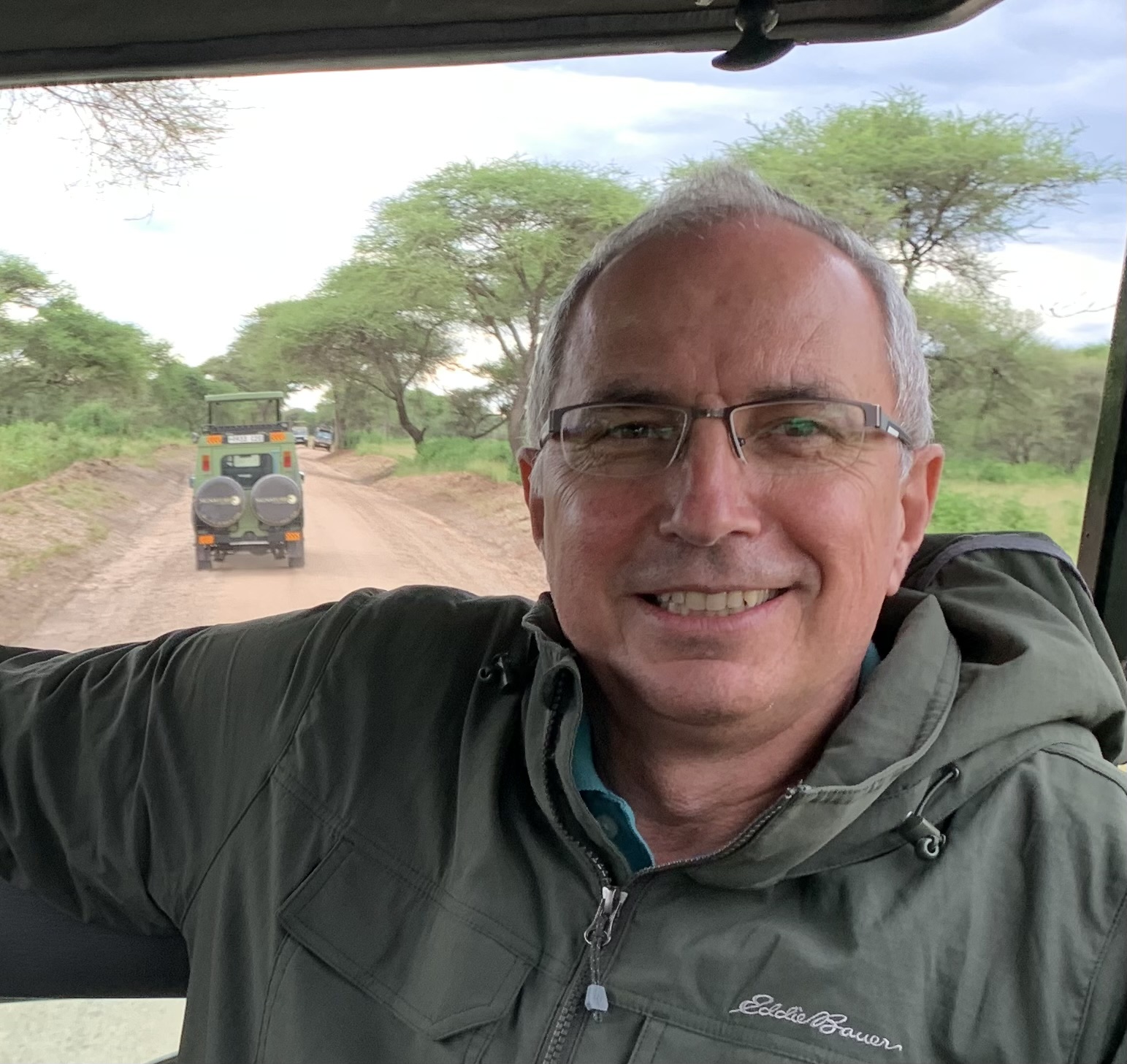 Andreas Larentzakis, product development manager at Keytours Vacations since 2002, has been in the travel business over 30 years. He has a bachelor degree in business administration and has travelled extensively throughout the world researching destinations and establishing relationships with local travel suppliers.

Liena joins Keytours Vacations with over 10 years of experience in the travel industry. She is originally from Singapore and has lived in Turkey, Japan and Germany. She has traveled to 100 countries and counting. 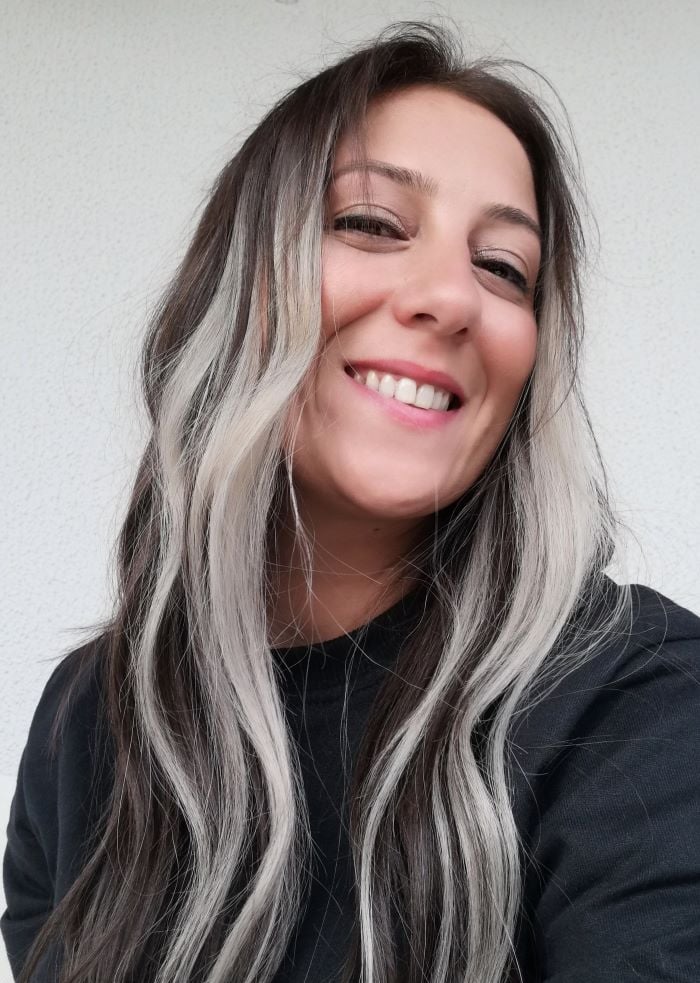 Gul has over 13 years of experience helping customers meet their travel needs. She started her travel career at Quintessentially. She worked as congress project manager for International Medical companies and 8 years at Costa Cruises as an operations and sales manager. She has strong problem-solving skills that allow her to deal with even the most stressful situations. Travelling is her passion.